Limits to adaptation at range edges

Some of my work focuses on understanding the limits to adaptation at range edges. In a synthesis of transplant experiments beyond range edges (Lee-Yaw et al. 2016, Ecology Letters), we found that fitness declines when individuals are moved beyond range edges, indicating that these edges often coincide with niche limits. That raises the question of how ecological and evolutionary forces are interacting to prevent adaptation at range edges (reviewed in Angert, Bontrager, and Ågren 2020, Annual Review of Ecology, Evolution, and Systematics). 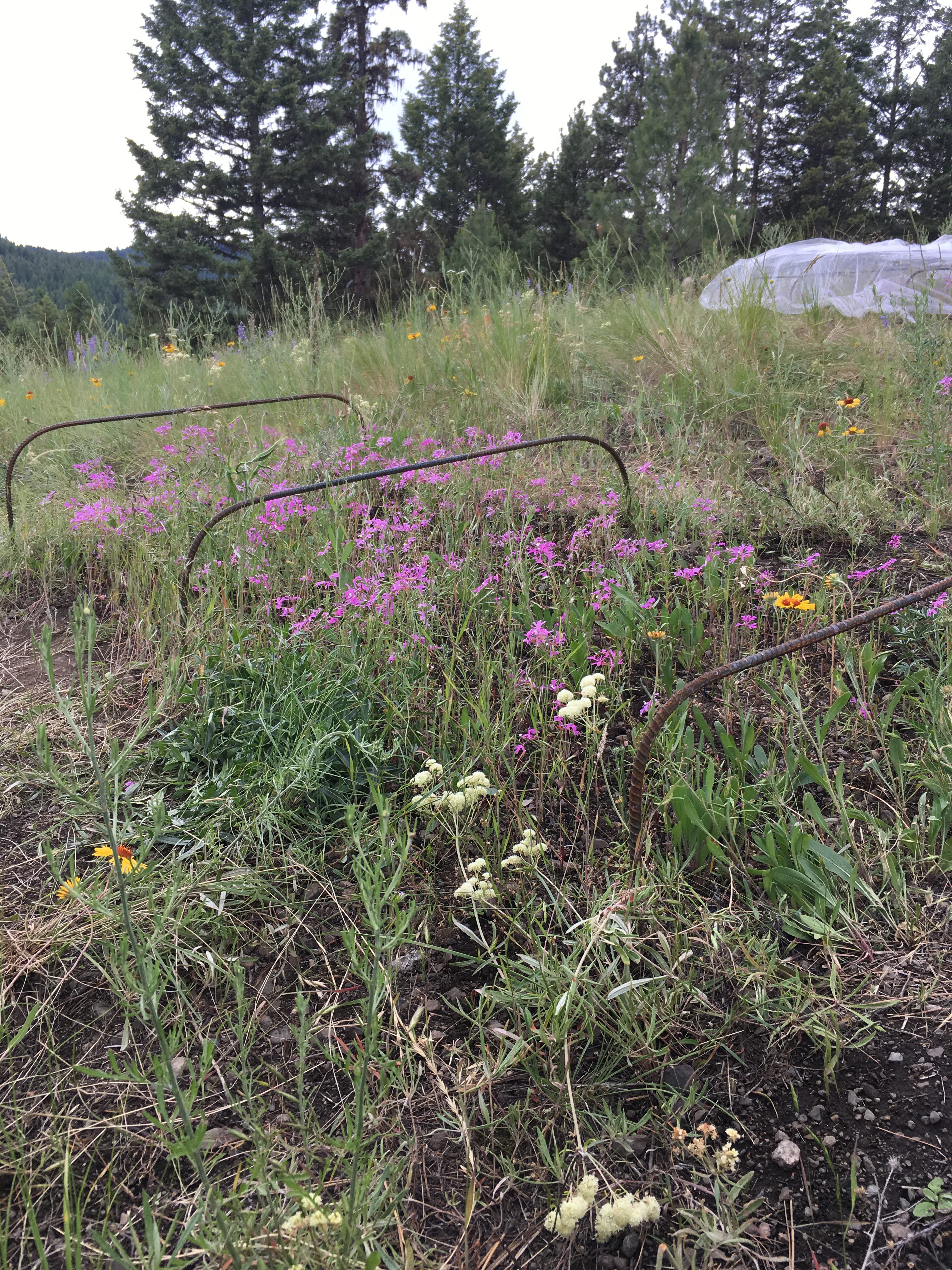 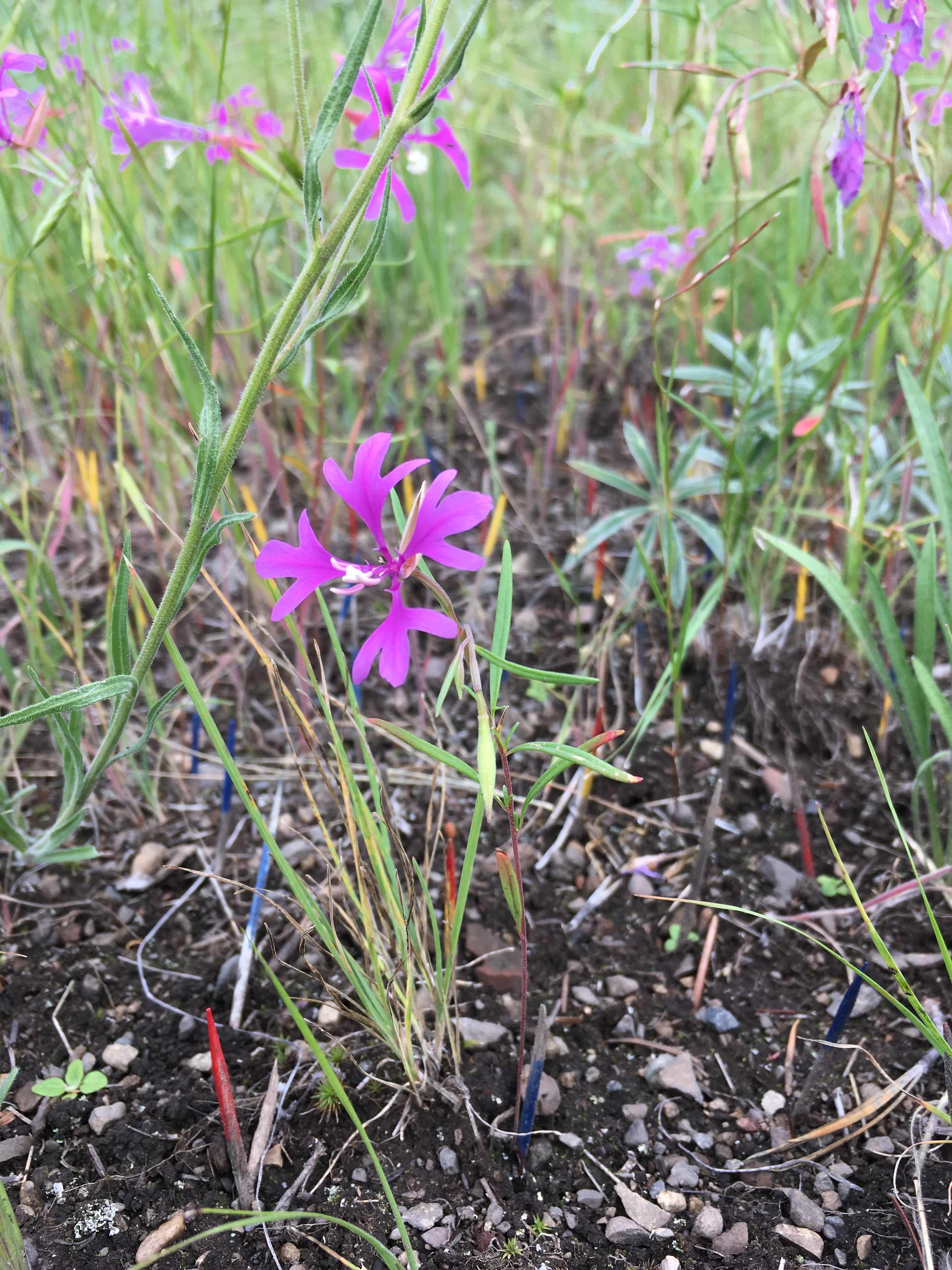 Does local adaptation strengthen or weaken at range margins?

A key hypothesis for why evolutionarily stable range limits exist is that populations near range edges are inhibited from becoming well-adapted to their environment due to smaller effective population sizes or swamping gene flow. On the other hand, populations at the edge of a species’ range may occupy unique environments, and therefore if they are locally adapted they may be of greater conservation value than central populations. We compiled a database of transplant studies and used these data along with geographic range information to see whether the magnitude of local advantage varied predictably with proximity to geographic or elevational range edges. Rather than showing a strong spatial signal, our results suggest that climatic marginality is a better predictor of the magnitude of local advantage. You can read about these results in our preprint: Bontrager et al., bioRχiv. 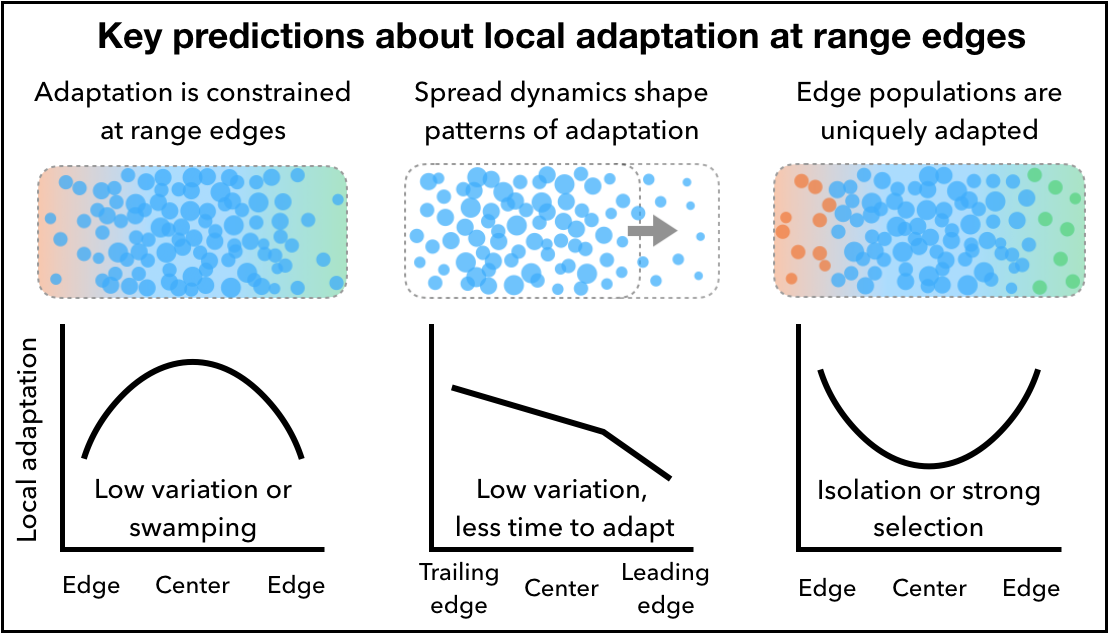 Local adaptation is common in nature, but we are still not able to generalize about its most important environmental drivers. Understanding the relative importance of potential drivers is critical as so many components of the environment undergo rapid change.

Common garden and transplant experiments are frequently employed to test whether populations are adapted to their environments. As the climate changes, populations will more frequently experience climate that differs from the conditions that they have adapted to. I’m leading an effort to quantify the extent to which populations are adapted to local climate, and how much climate change is already disrupting local adaptation (with key collaborators Amy Angert at UBC and Chris Muir at U Hawai’i). We’ve built a large database of transplant studies which we are combining with climate data to test effects of climate anomalies on fitness and local adaptation. Our results show that fitness is strongly affected by temperature anomalies, and that this can overturn local adaptation. See the full results in our preprint: Bontrager et al., bioRxiv.

Example: when will warm temperature anomalies in the cool site overturn the advantage of the cool population?

Example: does the advantage of the local (red) population disappear when local herbivores are excluded?

Responses of populations and species to changing environments

In collaboration with Jenny Gremer, Julin Maloof, Annie Schmitt, and Sharon Strauss (all at UC Davis), I am examining whether responses to climatic variation are evolutionarily constrained in a clade of native California mustards (the jewelflowers, Streptanthus s.l.). First, we are characterizing the germination niche, including chilling, hydrothermal, and afterripening requirements for germination (the afterripening part of this experiment was tackled by a stellar UC Davis undergrad, Adrianna Ng). 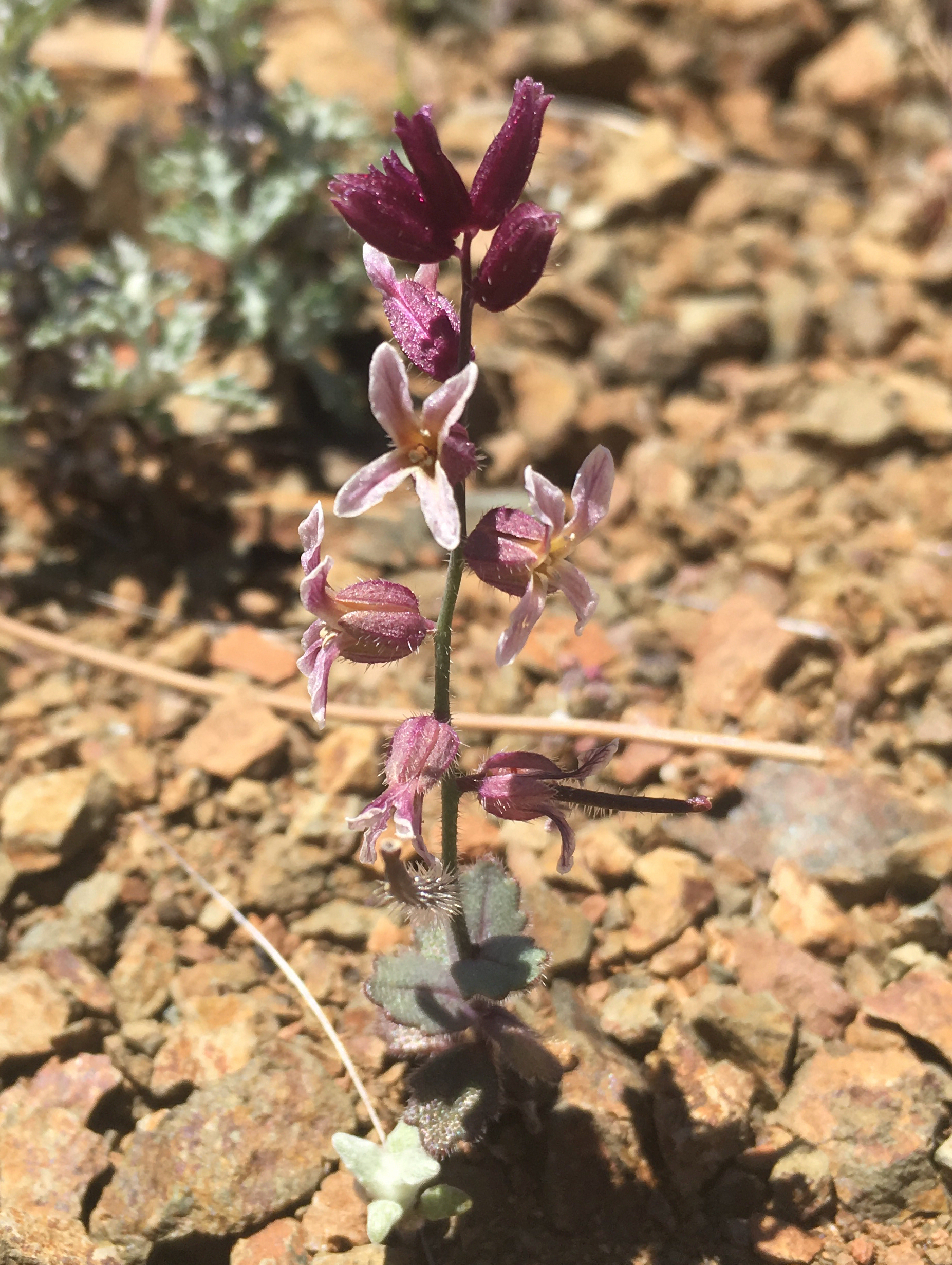 Streptanthus hispidus, an adorable member of the clade. 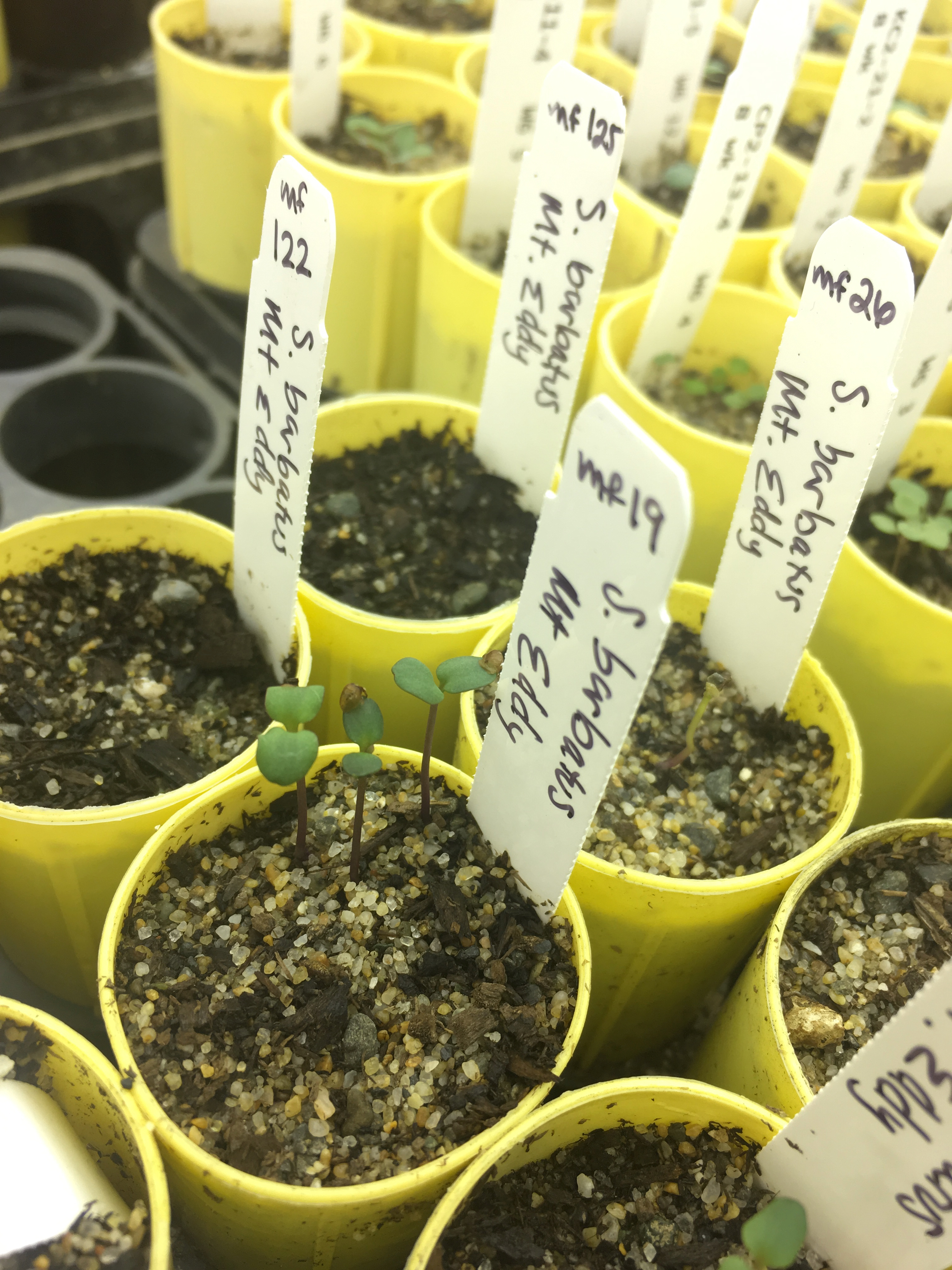 Next, we are using herbarium specimens to parameterize effects of inter-annual weather variation on phenology and reproductive fitness across the clade. We are now examining whether these relationships are consistent or divergent across species. 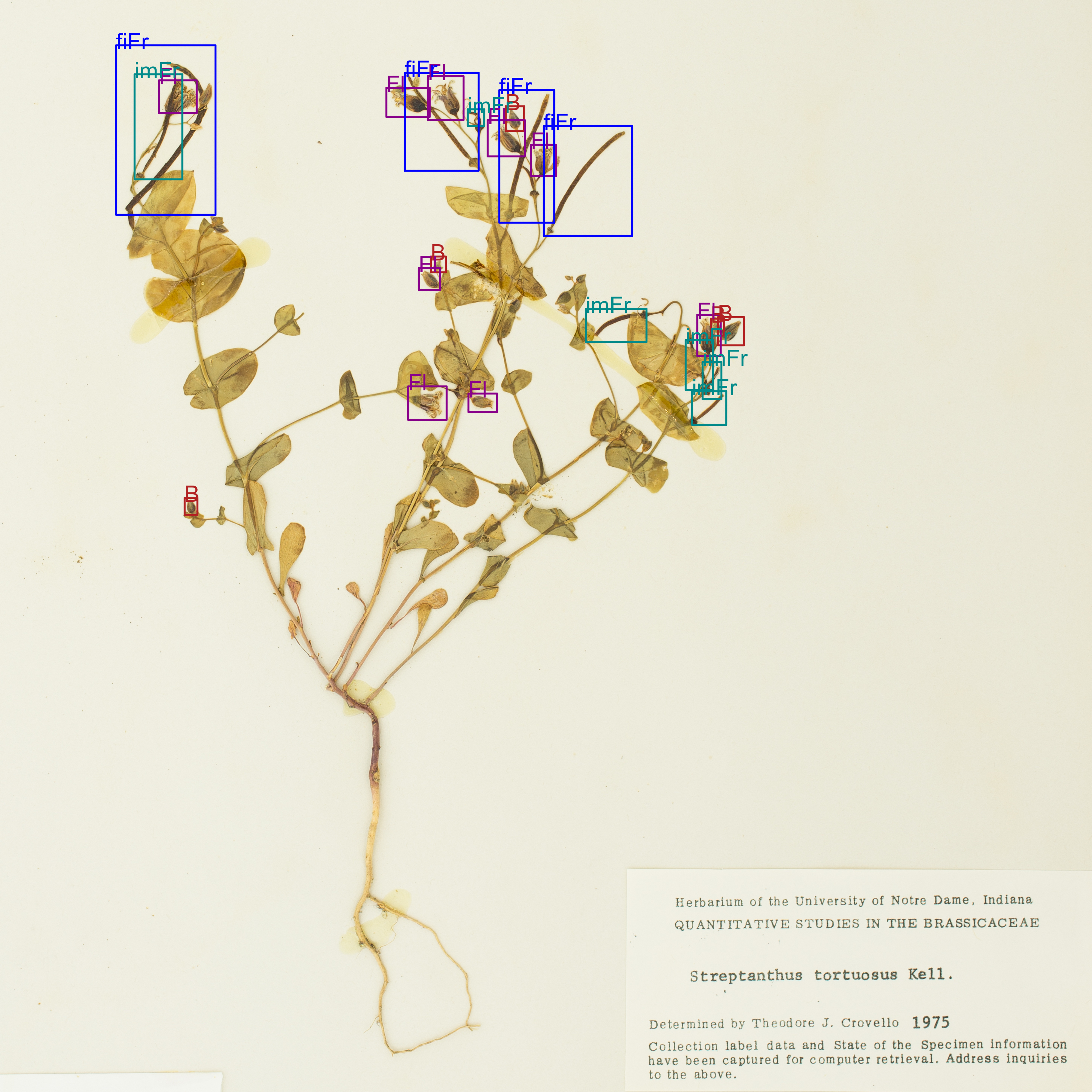 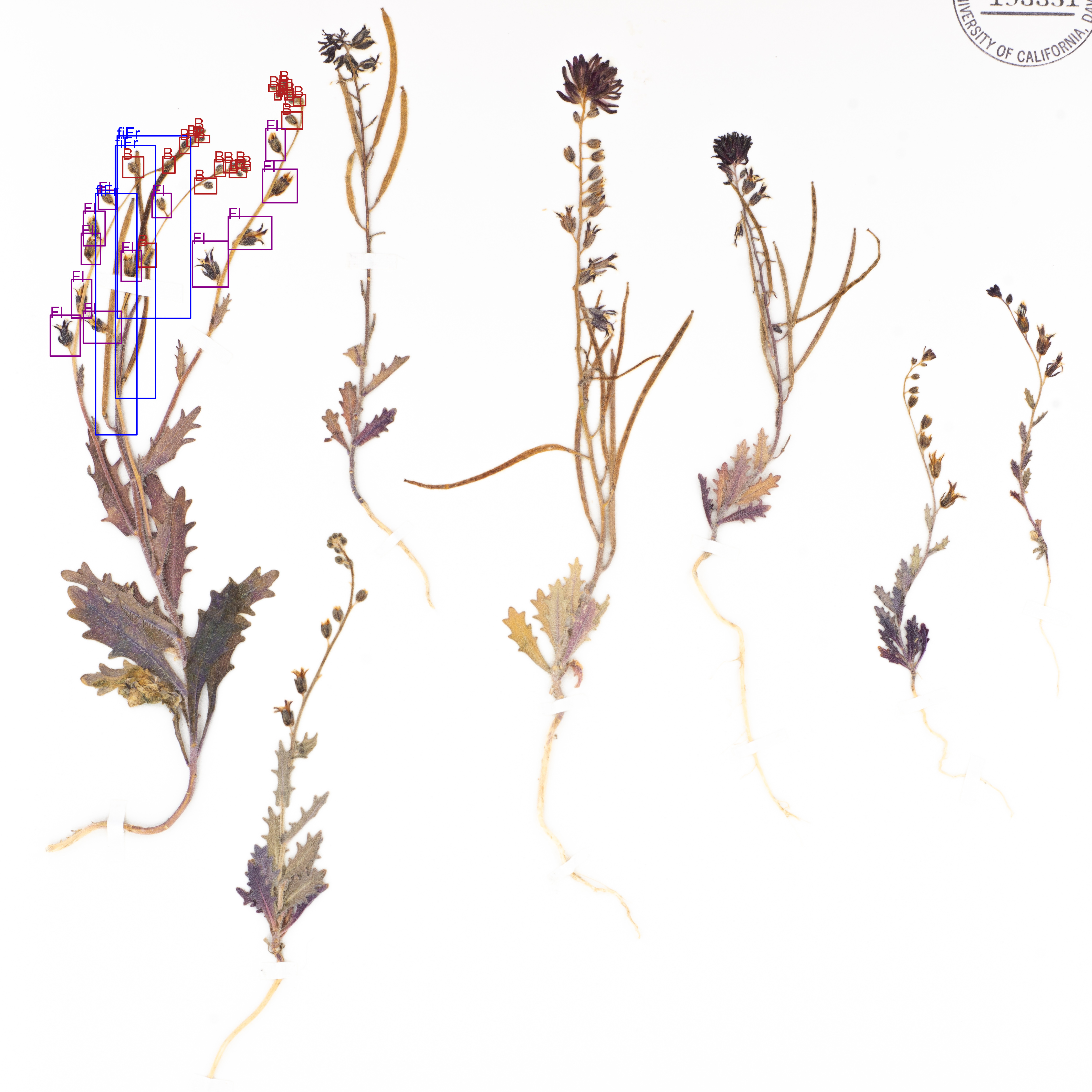 Streptanthus tortuosus, a native California mustard, has a really broad elevational range (~300m-3500m) and as a result, it offers a stellar system for studying adaptation along environmental gradients. In collaboration with Jenny Gremer, Julin Maloof, Annie Schmitt, and Sharon Strauss (UC Davis), I’m studying how populations along this gradient differ in the cues they require to make major life history transitions. This includes investigating chilling requirements for germination across elevations (Gremer et al. 2020, American Journal of Botany).

We are also quantifying chilling requirements for flowering in populations of Streptanthus tortuosus from different elevations in a big growth chamber-greenhouse experiment. Included in this experiment are plants with family structure, which will allow us to estimate heritabilities of vernalization requirements. We are also examining how differences in gene expression influence the phenotypes we see. Finally, I am generating outbred lines that we can use to identify the genomic basis of adaptation to high elevation in this species. 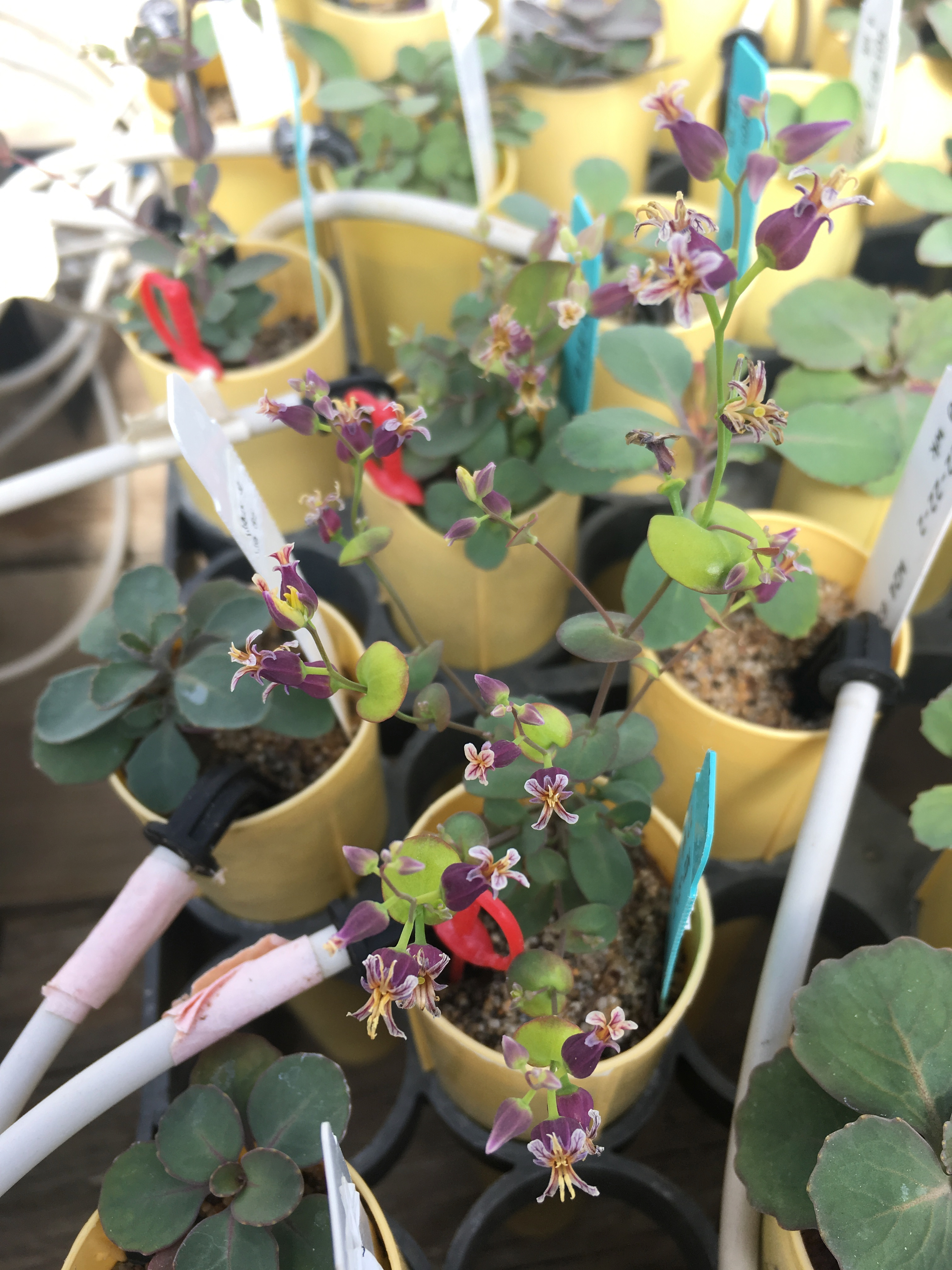 A high elevation plant flowering after a long vernalization treatment. 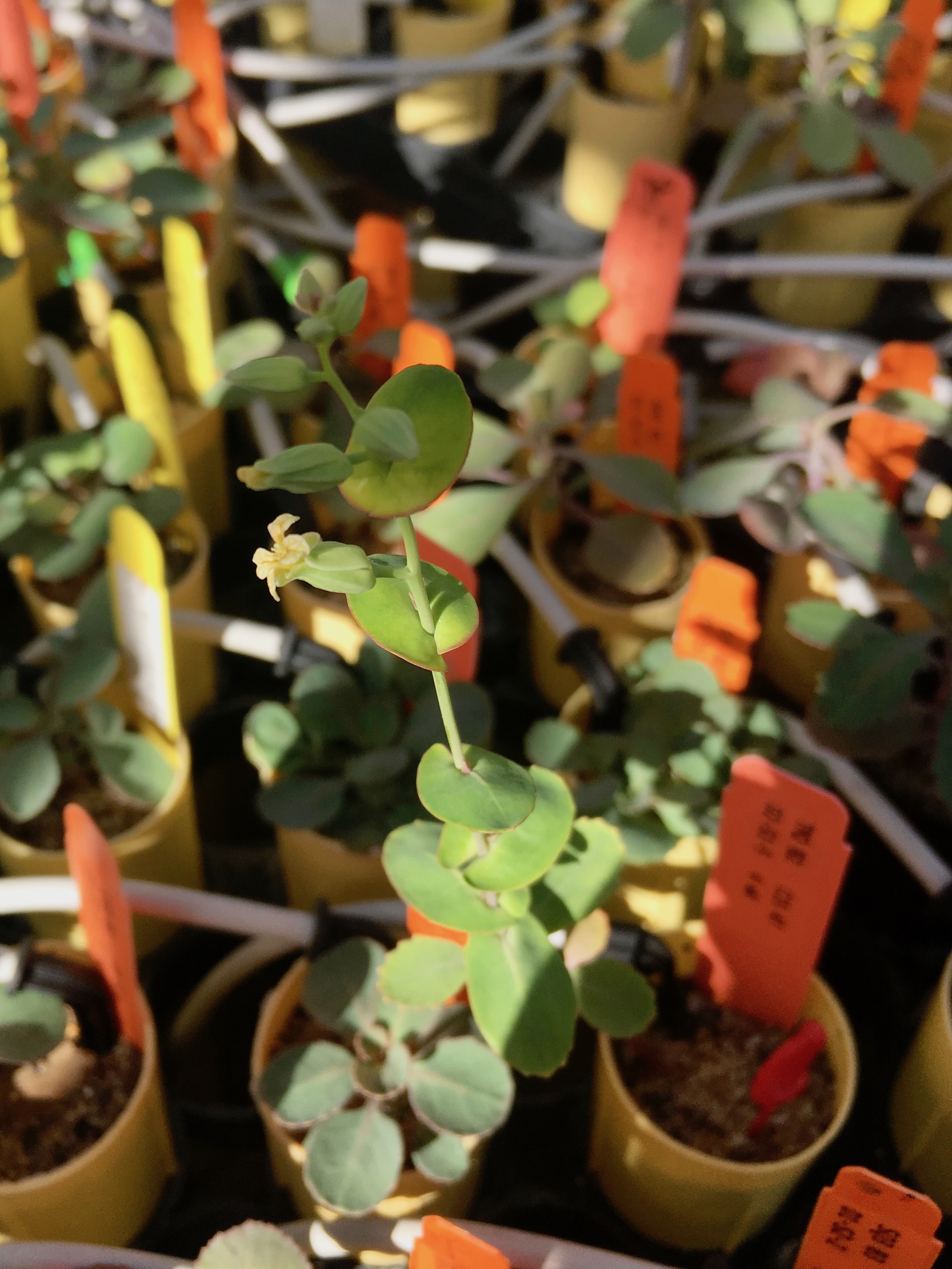 A low elevation plant flowering after a short vernalization treatment. 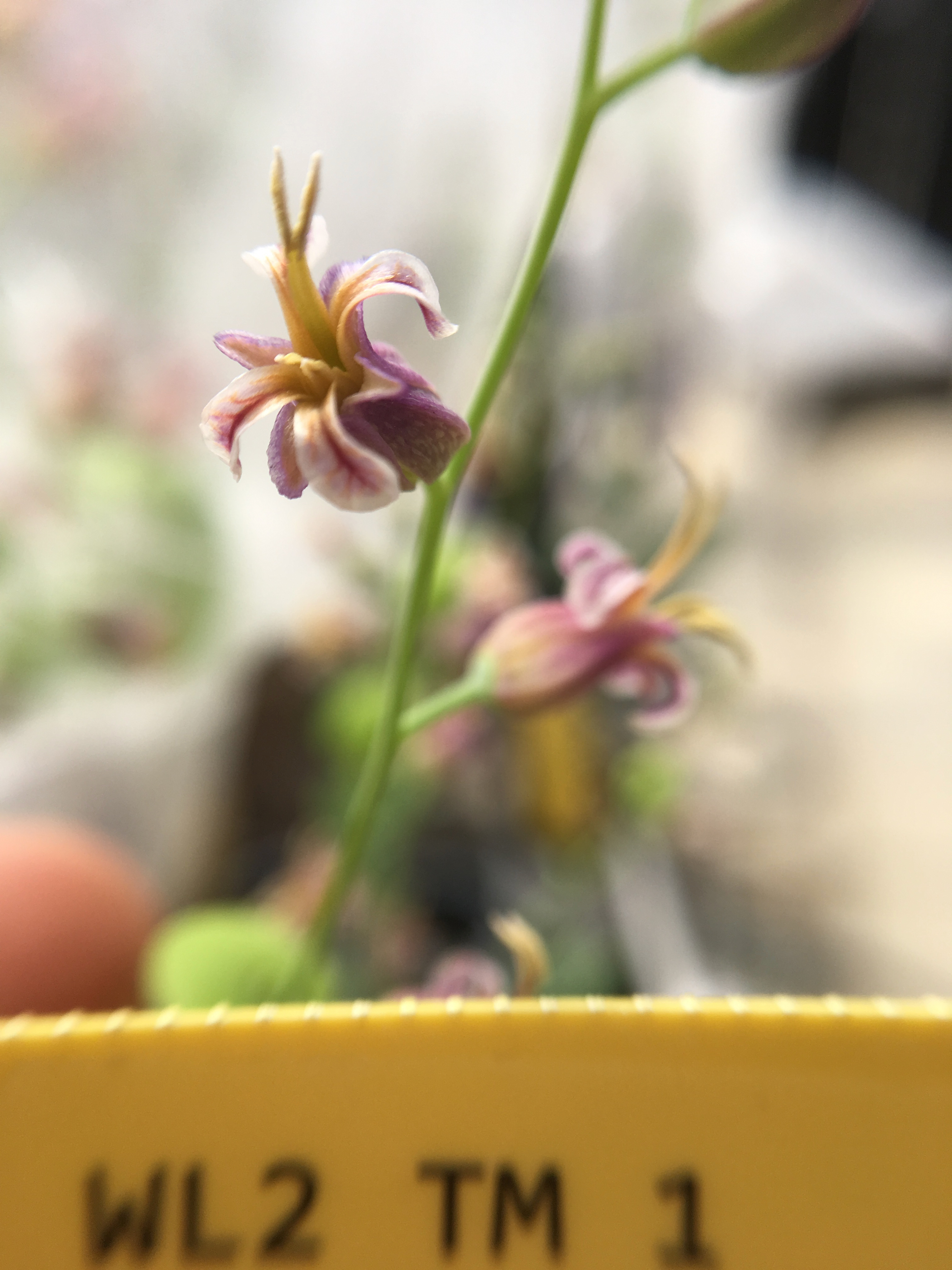 Populations from high elevations (left) are shorter and bushier than those from low elevations (right).

Climatic gradients underlying a species’ range may create gradients in pollinator availability or flowering season length. These factors can cause variation in selection for reproductive assurance across the range. I’ve used several approaches to investigate the links between climate, range position, and mating system in Clarkia pulchella. First, I measured traits on a large set of herbarium specimens and related these traits to climate and isolation (in Bontrager and Angert 2016, American Journal of Botany), showing that climate may be an important driver of mating system and reproduction, but that important climatic gradients are sometimes heterogeneous across the range. In a follow-up experiment (Bontrager and Angert 2019, Oecologia), I set up pollinator exclusion plots in natural populations across the range of C. pulchella and evaluated whether climate drives variation in reproductive assurance and overall reproduction. We found geographic variation in reproductive assurance, but it could not be explained by the climate variables that we considered. Devin Gamble (a fantastic UBC undergrad, now grad student at UC Santa Barbara) followed up this work by measuring plastic responses of mating system traits to drought in the growth chambers (Gamble, Bontrager, and Angert 2016, Botany). 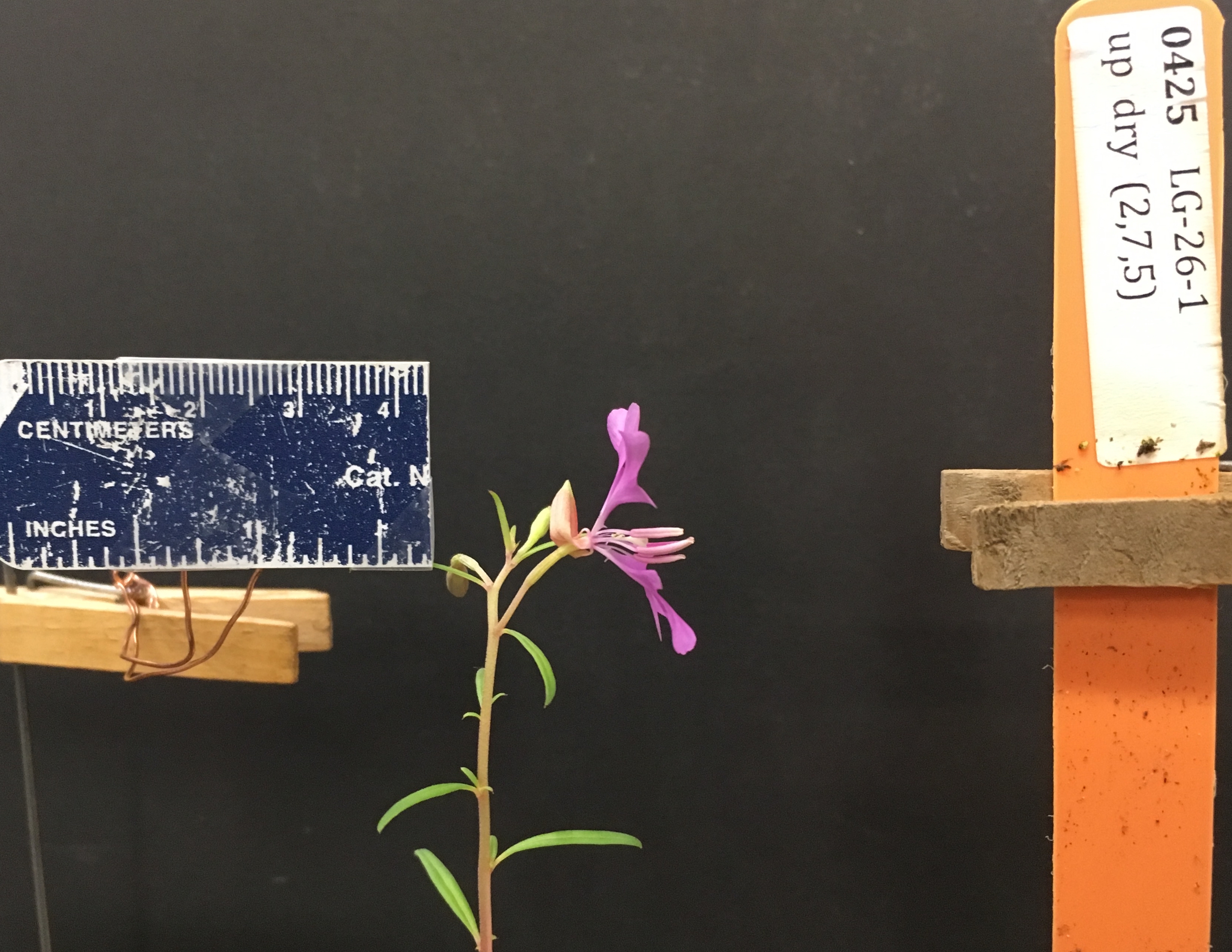 Measuring floral traits on a plant from Leslie Gulch. 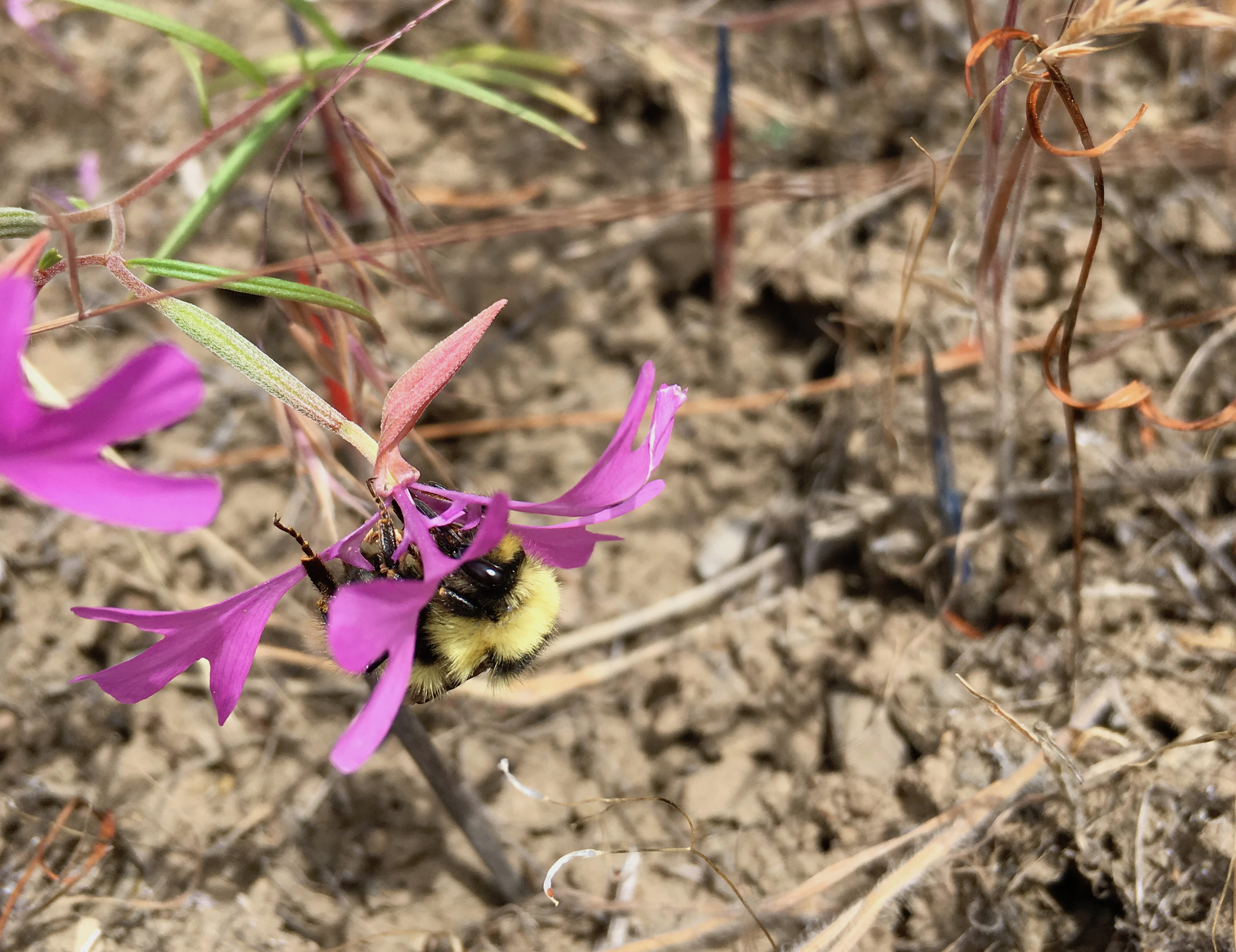